It’s hard to know the instant when the beginning starts; it can start so simply, so unremarkably. Pieces to a puzzle can lie there forever — seemingly meaningless — then come together and change everything. The pieces themselves started long before my time. However, their being pieced together — that occurred a mere handful of years ago.

It began before I became involved in it all — back when the sky was clear and my dreams carefree. Yet, after everything that has happened since I had to know how it began. I had to seek out the truth. I found out it all started on the colony planet known simply as 9. On that planet lived two cousins. The younger one was known as Lark. The elder cousin was named Celeste. Celeste was known for her beauty and elegance; Lark was known to be both cute and friendly.

“Did you hear me, Celeste?” Mrs. Baker asked.

“I heard you. The truth is I overheard you talking with the police officer before. It’s not exactly surprising given that my parents didn’t come home last night. Frankly, I was more surprised that you let yourself into my house with a key.” Celeste lifted her blue eyes toward the woman defiantly. “But you see I have a club meeting today that I can’t miss. My parents didn’t pay all of this money for a private school, so that I could sit at home crying.”

Mrs. Baker stared back at her in disbelief.

“And what about Lark, Celeste? She’s at your home now.”

“Well, you’re the grownup.” Celeste countered. “You deal with her.”

The shock of Celeste’s tone was enough to cause Mrs. Baker to loosen her grip on Celeste’s arm. The wily girl then used the opportunity to wiggle free. Afterward, she continued on down the dreary street toward her destination. Perhaps it should have been a sign of what was to come that despite her parents’ deaths Celeste could be heard telling others that this was the last normal day she could remember having.

Then again, since no one seemed to know about her tragedy Celeste found it wasn’t hard to pretend it didn’t happen at all. Still, every time someone came to the classroom Celeste’s eyes would dart up. Maybe it would be in that moment that her world would come crashing in. Maybe it was then that everyone else would know the truth.

“Celeste. Hey, what’s with you?” Tammy, Celeste’s best friend, asked her. Tammy had turned around in her desk and was facing Celeste.

Celeste braced herself. This was an important moment. If Celeste acted too normally, what would Tammy think of her once she did learn the truth about Celeste’s parents? Perhaps if Celeste showed just a hint of sadness, Tammy would later think that Celeste was just putting on a brave face. So, carefully Celeste moistened her eyes with sad thoughts then lifted them to meet Tammy’s. She waited until a look of concern crossed Tammy’s face. Next, with a flutter of her lashes Celeste was back to normal, back to facing the day and her club meeting. After all, things were bound to work out, and Celeste’s parents wanted this life for her. She was going to give them their last wish. Tammy looked down briefly and considered.

“Oh, wait! I know what will cheer you up. The club meeting is today. Now, this is just between us …” Tammy began to whisper. “I’ve heard you’re a lock to be nominated for club president.”

“Not so loud!” Tammy advised gleefully.

Celeste looked around the room then back at Tammy. This wouldn’t do, Celeste thought. She couldn’t afford to be happy about this. And yet, if she didn’t seem happy then she’d be asked why she wasn’t.

“Well, I guess we’ll have to see what happens.” Celeste decided to say.

“Now, don’t pretend to be modest.” Tammy pointed out. “You have to think it’s a sure thing.”

Celeste froze. The answer was right there on the tip of her tongue. My parents are dead, she thought.

“All right, class.” the teacher began. “Let’s all turn around. It’s time to begin the day.”

Tammy made a face then grudgingly turned around.

It was surreal the way the day proceeded on as usual. Then when last period began without a summons to the principal’s office, Celeste considered herself lucky. To think it was actually fortunate that Celeste had had that encounter with Mrs. Baker. After all, if Mrs. Baker hadn’t caught up to Celeste before school she probably would have called the school. Then, Celeste wouldn’t have had this day — this day of normalcy that she hoped she could make last somehow. And then, there was the presidency of the girl’s booster club. That position came with a scholarship. And everyone knew that the girl who received it got into the prestigious Highland University if she wanted. Celeste had been working for that for two years — finding out which students had the power to give her the position and making sure that they knew she was the best person for the job.

“Celeste.” It wasn’t Tammy’s voice that Celeste heard, even though Tammy’s lips were mouthing her name. Celeste turned to face the door. A horrified look crossed her face as an ashen Mrs. Baker entered the room. Principal Tanner was by her side. That expected look of pity was chiseled on his face. And then, just like that, the last normal day of Celeste’s life was over.

“Why what? Why did your parents have to die?”

“Why did you have to come to my school?” Celeste lashed out. “You already told me about my parents. Why’d you have to bother me there? They were just about to announce the nomination for club president. Now, who knows when they’ll reschedule the meeting. The competition is fierce; the situation could change by then. It would have been official today. This is my future we’re talking about.”

“You know, Lark lost her parents in that accident, too.”

“Of course. I was babysitting her at the time. That is why she was at my house last night. And I also know they would all be alive now if my uncle hadn’t suggested they go out to celebrate that business deal.”

Mrs. Baker was stunned silent for a moment.

“Is there anything else you need to say?” Celeste persisted.

“I have responsibilities to my family,” Mrs. Baker started. “I can help you and your cousin as much as I can. You know we don’t have a lot, but your mother was my best friend since kindergarten. And I’d do anything for her, but you need to do your part.”

“I’m sure that won’t be necessary.” Celeste returned.

“I’m sure my parents provided quite nicely for me.” Celeste paused. “By the way, just out of curiosity, what did you mean by my part?”

“I meant you’re old enough to help with your cousin.”

“Help with my cousin — are you kidding me? I have too many responsibilities at school.”

“About that …” Mrs. Baker began. “First, I want you to know things will be all right. As I’ve said, I will help you.” Mrs. Baker paused. “You know, Celeste, I’m not aware of all of your parents’ finances, but I’ve talked with your mother …”

“What? What’s your point?” Celeste demanded.

Mrs. Baker hesitated. She placed her hands on Celeste’s shoulders.

“I think you need to be prepared. Your parents were having trouble paying for your school when they were alive. I doubt their estate has the money to send you to that school of yours. Whatever your parents have left you, it will most likely have to go to pay for your living expenses.”

“Oh, I see. My living expenses — which will be paid to you, I suppose?” Celeste countered in an enraged tone.

“Why? I’m almost of age. I don’t need your help. You just worry about your own family.”

“Well then, I guess I’ll just extend my offer of help to Lark in case she needs anything.”

“Do whatever you want. That’s not my problem.”

Seventeen-year-old Lark Tampy was falsely accused of a crime and sent to an adult prison colony as a child. She soon comes under the thumb of the ruthless leader of a syndicate of outlaws. This man is known by the name Leader Monrage. Still, as bad as being Leader Monrage's pawn can be, it pales in comparison to the secret plan he has in store. It is a plan that could take countless lives throughout the universe. 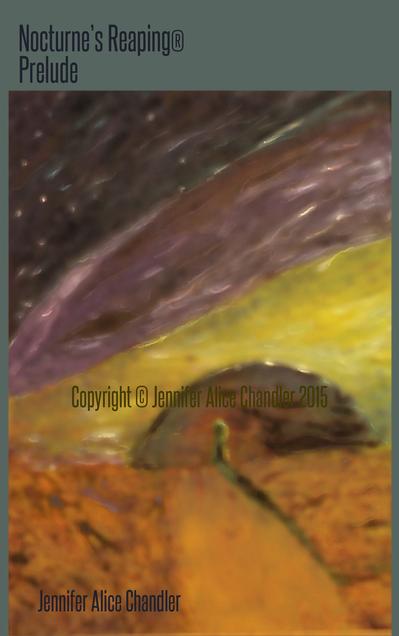